Not many people realize it, but the Nineties ended May 17, 1998, when the last episode of the original X-Files series filmed in Vancouver aired. Hey, laugh if you must but the facts on the ground bear this out. Moreover, the Nineties actually began on August 23, 1988 when Jane’s Addiction released the first true prototype for the 90s rock album, Nothing’s Shocking.

You can actually look at the waves of rock music in context of high school. By mid-1998 two full cohorts of kids reared in the wake of the 1991 alt.rock renaissance had graduated high school. Prior to 1991 you had the rise of hair metal (Warrant, Cinderella) and “college rock” (REM, U2, 10,000 Maniacs) in 1987.

Prior to that you had the rise of the new heavy metal (Quiet Riot, Motley Crue) and the New British Invasion in 1983.

Prior to that you had the new dominance of "faceless" arena rock (Journey, REO Speedwagon, Styx) and the New Wave (Blondie, Devo, Elvis Costello) in 1979.

Prior to that you had the rise of 70s superstar rock (Aerosmith, KISS, Queen) along with Disco (Bee Gees, KC & the Sunshine Band) in 1975.

1967 saw the rise of Psychedelia and blues rock.

1959 saw the rise of the folkies and the teen idols and 1955 was the year rock ’n roll went mainstream with “Rock Around the Clock.”

It’s not a perfect chronological model - you can generally mark a transition at the beginning and end of each cycle - but roughly speaking, each wave of high school freshmen seemed to adopt a new style to call their own.

Subsequently, 1998 saw the rise of a new wave of post-grunge rock, largely from the hinterlands. Creed, Staind, Godsmack, Kid Rock and Nickelback were clutched to the bosoms of football jocks everywhere and nu metal (Korn, Limp Bizkit, Deftones) had captured the hearts of the burn-outs.

These varying strains would reach their apotheosis during the Woodstock ’99 rape-fest, held during a brutal heatwave on a decommissioned Air Force base that was also a Superfund clean-up site. Never would a zeitgeist find a more perfect setting for its darker impulses and inclinations.

Anyway, I was looking through the various lists for 1998 and was surprised by how unfamiliar I was with most of the records released that year. A lot of it was college kind of Independent music— what I like to call “rich kid rock” — which was a nut I just could never crack. There were a host of unsuccessful follow-ups from bands who had big hits just a year or two before and a lot of what looked like record label shelf-cleaning.

Much of this was an outcome of the corporate radio consolidation that had largely pushed rock music off the airwaves in favor of pop and hip-hop. Still there was a lot of great music to be heard, even if the alt.rock explosion was clearly winding down.

The X-Files, the Internet and alt.rock had all grown up together, and a huge roster of rockers had hitched their wagons to the X-Files’ horse. Not the least of which was Foo Fighters, named after the UFOs that pilots had encountered in the closing days of World War II. Dave Grohl even had a walk-in cameo in an X-Files episode and remixed this tune for the X-Files movie soundtrack.

Bree Sharp hit the one-hit-wonder sweepstakes with her ode to the X-Files actor. She later nearly equaled U2s K-Mart cringe-binge by singing it to him at a 2016 bookstore appearance, while he sat there and felt his douche chill past absolute-zero.

Filter remade the old Three Dog Night chestnut “One” for the XF movie soundtrack. Richard Patrick’s older brother would even step into David Duchovny’s shoes as John Doggett in the eighth season of the series. Wait: Three Dog Night, Doggett?

Courtney Love blew fans away with a killer new Hole album, Celebrity Skin. Critics loved it to death, and it shot up the charts with a bullet. Courtney proved to the haters and the doubters that even if the music on Live Through This bore all the hallmarks of her late husband’s songwriting style, she didn’t need no husband to write the songs for her. She proved women are every bit as capable of hiring Billy Corgan to write her songs as any man. Sisters are doing it for themselves!

The Pacific Northwest proved it could still produce unique voices who could break new musical ground without getting murdered. One of which was Isaac Brock (a piece of work all by himself, actually) and his trio Modest Mouse.

EELS (no 'the') aren’t from the PNW but shared a similar nerdy vibe and instrumental aptitude and wed them to a weirdly surreal visual sensibility. Plus, a not-being-slain sensibility.

Weird and surreal are the best adjectives to describe M.Doughty’s Neo-Beatnik wordsmithing, and he and Soul Coughing finally scored a hit before they called it quits.

Philly’s G Love and Special Sauce had a similar instrumental approach to Soul Coughing, albeit a much different vibe. This heart-wrenching tune was inspired by a real-life situation in which a policewoman was shot and killed during a bank robbery.

The Verve, still licking their wounds after being smacked down by part-time manager/full-time mobster Allen Klein, served another killer single that should have been a bigger hit.

Bristolians Massive Attack recruited the Voice of God for what most see today as the definitive Trip Hop album, even though it was a deliberate break from the style in favor of Industrial and Post-Punk stylings. This song would be the show-stopping set piece on the band’s 2019 tour, and would be accompanied by imagery giving a foretaste at what was barreling towards us in 2020.

Scottish electronic duo Boards of Canada released their breakthrough Music Has the Right to Children, which sucked childhood reveries from the forgotten dreams of first-wave GenXers and put them on tape.

French duo Air found inspiration in similar places to their Scottish cousins and had a hit with this Europop bopper.

PJ Harvey, AKA the Anti-Sibyl, served up some deliciously malicious music in `98, including this lesser-known single from Is This Desire?

Sibyl Servant Alanis Morrissette proved she wasn’t shy about doing whatever it takes to get back on the charts. I’m generally not a fan but like this tune quite a bit. Maybe it’s the video.

Finally, I recently learned that J.Geils grew up right down the street from me. Ironically so, since growing up in Boston back in the day meant having his music shoved down your throat morning, noon and night. Also found out he dated Meryl Streep in high school.

Anyway, if you didn't see this movie in 1998 you were probably on an oil rig or deep sea fishing vessel the entire year. 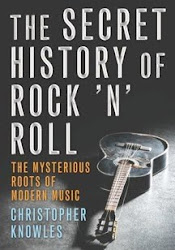